As part of a two-ship contract signed in December 2012 with TOTE, the 764-foot long Marlin Class containerships will be the largest dry cargo ships powered by LNG, making them the cleanest cargo-carrying ships anywhere in the world. This groundbreaking green ship technology will dramatically decrease emissions and increase fuel efficiency when compared to conventionally-powered ships, the equivalent of removing 15,700 automobiles from the road.

The ships were designed by DSEC, a subsidiary of Daewoo Shipbuilding & Marine Engineering (DSME), located in Busan, South Korea, and will include DSME’s patented LNG fuel-gas system and the world’s first order of a MAN ME-GI dual fuel slow speed engine. The double-hulled ships are 233.0 meters (764.4 feet) in length and 32.2 meters (105.6 feet) in beam, with a design draft of 10.5 meters (34.4 feet) and a target operating speed of 22.0 knots. 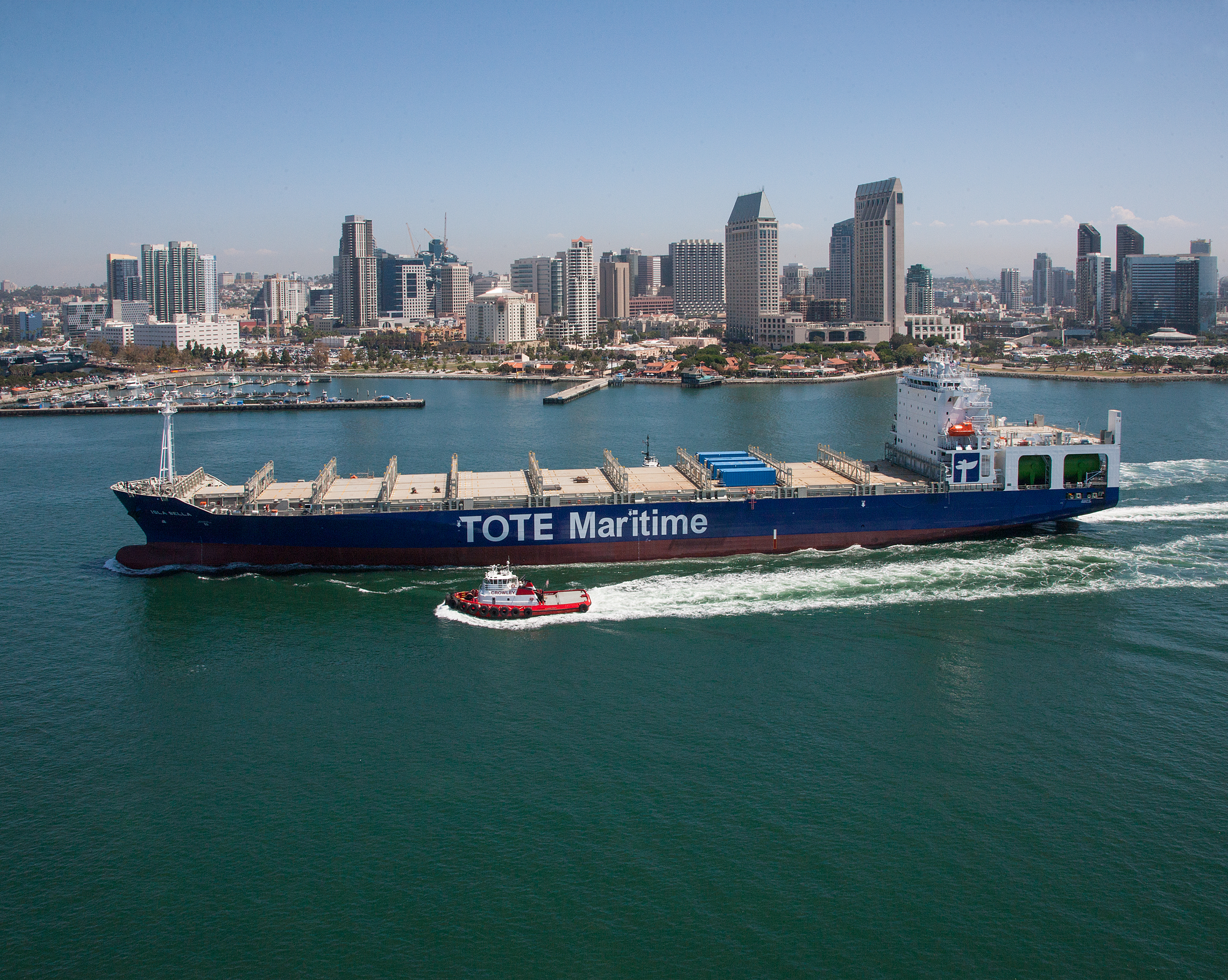 ◄ Back
Next ►
Picture 1 of 6
A General Dynamics Business
GD.COM