SAN DIEGO – On Wednesday, March 1, General Dynamics NASSCO delivered the Liberty, the third and final ship to be constructed for SEA-Vista LLC as part of a larger eight-ship ECO Class tanker program.

In 2013, NASSCO entered into an agreement with SEA-Vista to design and build three 50,000 deadweight-ton, LNG-conversion-ready product carriers to include a 330,000 barrel cargo capacity each. The 610-foot-long tankers are a new “ECO” design, offering improved fuel efficiency and cleaner shipping options. Construction for the first of the three ships for SEA-Vista LLC began in November 2014. The first two ships—the Independence and the Constitution—have been delivered and are servicing the Jones Act trade.

“We are grateful for our partnership with SEA-Vista and the opportunity to design and construct three vessels equipped with world-leading technology and capability that will service their customers for decades to come,” said Steve Davison, vice president of pre-production operations for General Dynamics NASSCO. “Credit for the successful completion of this contract goes to the thousands of world-class NASSCO shipbuilders and our partners who worked to provide unmatched quality and service from day one.”

The Liberty is the seventh vessel in an eight-ship ECO Class tanker program for two separate customers, SEA-Vista LLC and American Petroleum Tankers. The eighth ship of the program, the Palmetto State, is scheduled to be christened and launched on March 25, 2017, at the NASSCO shipyard in San Diego.

NASSCO is the only major shipyard on the west coast of the United States conducting design, construction and repair of commercial and U.S. Navy ships. In the past decade, NASSCO delivered 29 ocean-going ships to government and commercial customers—including the world’s first LNG-powered containerships. In 2015 and 2016, NASSCO processed a record 60,000 tons of steel per year. 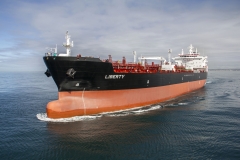 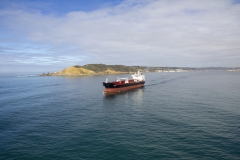 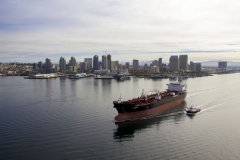 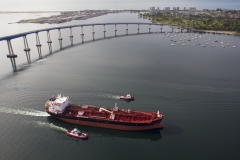 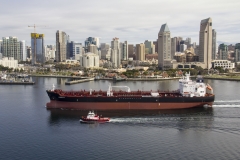 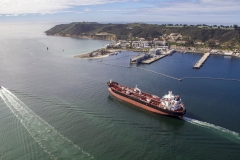