Ann Simanek, the sponsor for the future USS Robert E. Simanek and daughter of the ship’s namesake, welded her initials onto a steel plate that will be permanently affixed to the ship’s keel and will remain with the vessel throughout its time in service.

The ship is named for Private First Class Robert Ernest Simanek, who was awarded the Medal of Honor for shielding fellow Marines from a grenade at the Battle of Bunker Hill during the Korean War. The Medal of Honor was presented to him by President Dwight D. Eisenhower in a White House ceremony in 1953. 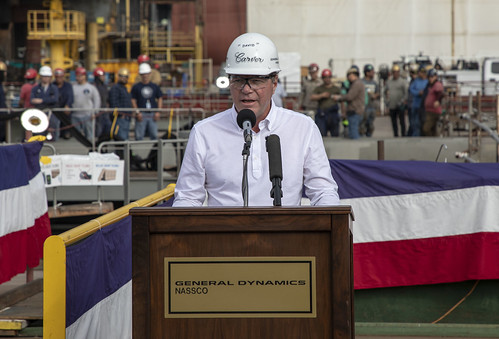