SAN DIEGO – For the second year in a row, San Diego’s shipbuilding and ship repair yards are inviting schools located within the Greater Logan Heights area to apply for a grant of needed supplies to help prepare for the 2017-2018 school year.

A collaboration between General Dynamics NASSCO, BAE Systems, Huntington Ingalls Industries’ Technical Solutions division (HII), and the Port of San Diego Ship Repair Association (PSDSRA), qualifying schools may apply for a grant of school supplies and/or sports equipment up to a total value of $2,000. One school will be selected based on need for the upcoming school year and items will be delivered to the selected school soon after. More information, including complete guidelines and an application form, can be found online at www.nassco.com/backtoschool. The deadline to submit applications is September 8, 2017.

The annual tradition began in 2016 as an opportunity for San Diego’s shipbuilding and repair yards to support schools in the community they have called home for decades. “Between our four organizations (NASSCO, BAE Systems, HII, and the PSDSRA), we have supported shipbuilding and repair for the U.S. Navy and commercial customers in the Greater Logan Heights area for more than a century,” said Dennis DuBard, manager for public and government affairs at NASSCO. Additionally, the organizations support the community through various activities, including an annual holiday toy drive currently on its 35th year.

San Diego is home to the largest and most capable shipbuilding and repair industry cluster on the West Coast of the United States. According to an independent study commissioned by the San Diego Military Advisory Council, in 2015 San Diego’s shipbuilding and repair industry accounted for $1.75 billion in direct and indirect spending in the County and more than 17,000 jobs. 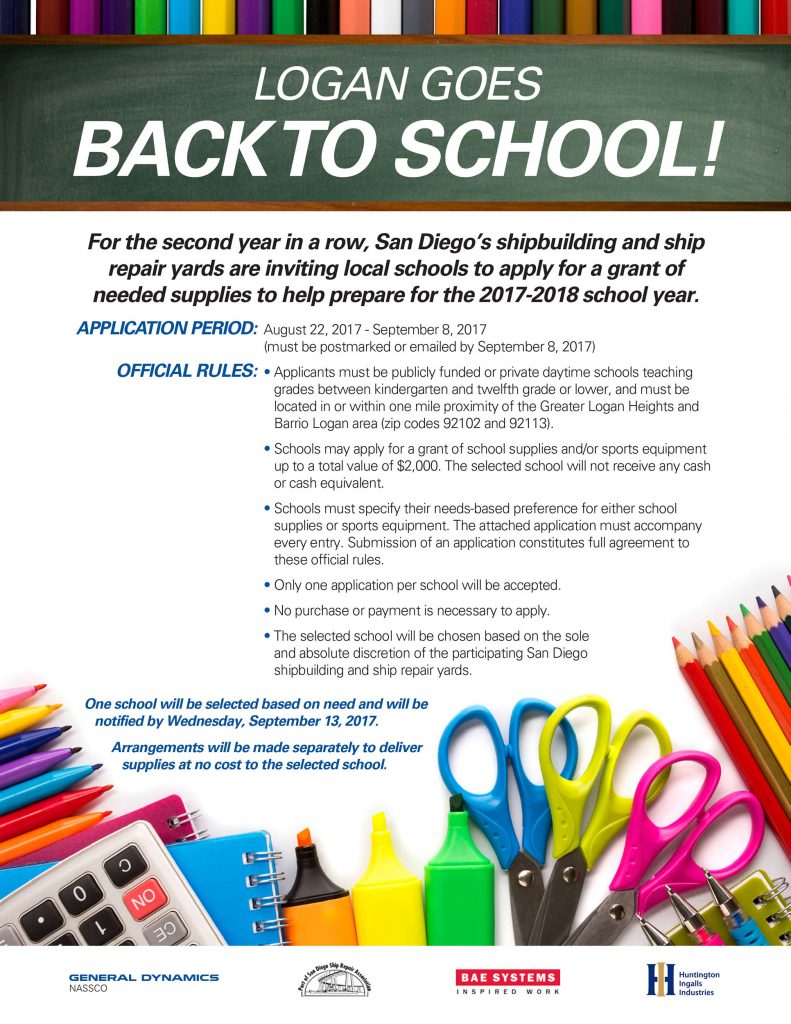